Without a long academic analysis of the phenomenon called the Butterfly Effect, I want to use the concept to bring together two divergent viewpoints–  the enlightened approach versus what we now call #Trumpism. Definitions will emerge, just as a butterfly does.

I used the term Butterfly Effect while writing about my current intense grief over losing my 17 1/2 year old. She was my K9, but that does not diminish my sadness. Rather than call everyone I know to cry and lament over my loss, I tried to take a more zen approach. END_OF_DOCUMENT_TOKEN_TO_BE_REPLACED 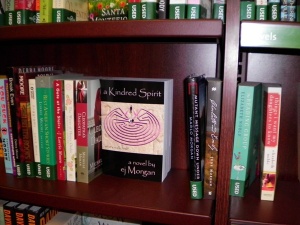 You can read more for FREE on Amazon or iTunes, but to entice you to go there (and get your samples, and hopefully BUY the BOOK) here’s a taste 😉

It was an ordinary ranch-style house on a quiet cul-de-sac; a dark, starry night—until the explosion. Even that was muffled. Neighbors would later claim they didn‘t hear a thing. If they had been watching, they would have seen a firestorm roll through the house and crack the front picture window.

An hour or so later a big, red 1963 Pontiac convertible rumbled around the corner onto Hacienda Way heading to-ward the house. The couple inside the car giggled like teenagers. The girl driving was only eighteen, but the man pawing at her was old enough to be her father. He was also a semi-famous science fiction author, but that meant nothing to her. She had other interests in Philip K. Dick…

Phil‘s girlfriend-of-the-moment hopped out of the car and pulled him from the passenger seat. He playfully tugged at the buttons on her blouse as they staggered up the walk-way to the front door. Phil had never actually ―done it‖ with this girl, but liked the idea. Since his last divorce, he hadn’t technically been dating anyone. Sharon was one of several young druggies he let crash at his house.

In the Bay Area in 1971, everyone was scoring or selling some kind of dope. Phil didn’t care much for hash or coke, but was a considerable consumer of white cross tabs—amphetamines. Writing fuel. His need for speed was also a way to keep Sharon around, and keep an eye on her. Phil fancied himself her savior. Actually, Sharon was the one taking care of Phil. Someone had to.

Phil was prone to terrible bouts of depression and paranoia. He was also agoraphobic, and needed someone to drive him places, even to the grocery store or burger joint. But on such a starry night, Phil was happy for a change and focused on the possibility of making it with this young dark-haired girl.

<<<NOTE:>>>  Pages missing here, including details of the discovery of the explosion. Not to mention this imported text needs punctuation correction. Sorry. Highly recommend getting the FREE sample from Amazon.com >>>

Phil collapsed in a heap on the living room floor, in the middle of the mess. ”Damn,” he sputtered. “I knew the sons of bitches were after me.”

He sat on the floor for hours, rocking back and forth, playing over in his mind theory after theory of who would go to such extremes to steal his writing. It was a carefully crafted, professionally executed explosion. Whoever did it knew to use heavy wet bath towels to muffle the sound and contain the contents.

The bastards. He hoped they got a soggy, illegible manuscript, and that maybe one of them had blown off a hand in the process. Eventually, he drifted off to sleep in his half-sitting, half-fetal position.

Okay, if you’re still reading…   here’s the end of the Prologue plus the famous  1974 Rolling Stone spread which did wonders in terms of publicity for Phil and his novels.

But by that time, his life had become much more complicated. There was a new kind of break-in. to worry about…  something had infiltrated Phil’s mind. A presence.a pink light.that he said beamed information to him.

Mental illness? Had Phil finally flipped out? When you claim that an info-firing pink beam is after you, your friends and fans get really worried. But in true Phil-form he could describe his fantastic vision in exquisite detail. He called it VALIS.the Vast Active Living Intelligence System.and wrote a novel about it.

One novel was not enough to explore his mysterious, mystical experiences. Philip K. Dick spent eight years and eight thousand pages of Exegesis (his private ponderings and speculations) about the events that began in the early 1970s. Phil obsessively searched for the source and true meaning of the revelations.

Were Russians beaming secret signals into space that Phil somehow intercepted? Did he receive alien transmissions? Was he channeling Bishop Pike? Or…